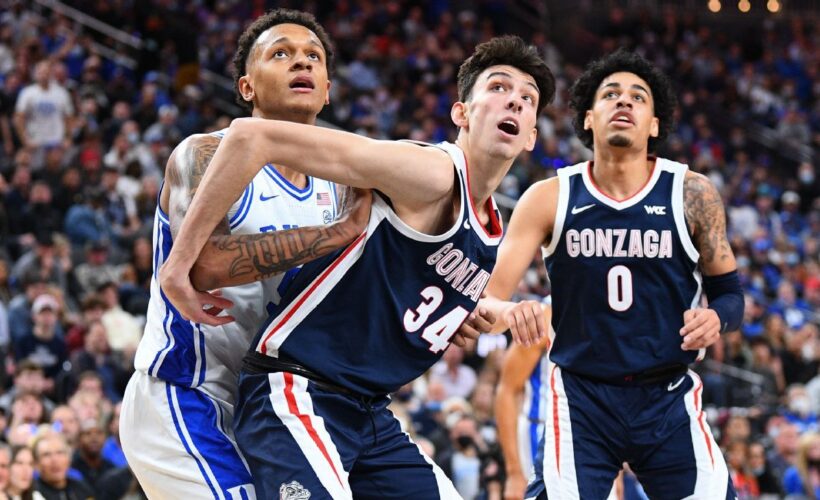 Any college basketball fan left disappointed by Gonzaga’s wire-to-wire manhandling of UCLA on Tuesday night had to feel made whole by Friday’s epic showdown between No. 1 Gonzaga and No. 5 Duke in Las Vegas, won by the Blue Devils by a score of 84-81 in a game played on Nov. 26 that had the feel of a late March or early April grudge match.

The battle between future NBA lottery picks Chet Holmgren of Gonzaga and Paolo Banchero of Duke was among the must-watch elements of the contest, with Banchero (21 points on 8-of-18 shooting, including 20 points in the first half) leaving with the upper hand statistically as Holmgren (16 points on 8-of-13 shooting) also showed frequent flashes of his potential No. 1 pick-style brilliance. The celebrated freshmen were hardly the only story, as Gonzaga’s Julian Strawther (20 points, 10 rebounds) and Andrew Nembhard (6 points, 11 assists, 8 rebounds) and Duke’s Mark Williams (17 points, 9 rebounds, 5 blocks) and Wendell Moore Jr. (20 points, 6 assists, 4 steals) were also outstanding in the contest.

The loss was Gonzaga’s first in the regular season since Feb. 22, 2020, when the Bulldogs fell at BYU.

ESPN’s college basketball team of Myron Medcalf, Jeff Borzello, John Gasaway and Joe Lunardi weighed in on what they saw from the Zags, the Blue Devils, both teams’ dazzling freshmen, and which team is best positioned for a top seed on Selection Sunday.

What was the most surprising element of Duke’s or Gonzaga’s performance on Friday night?

I think the most surprising element of the game was that both teams were competitive even without their stars in critical stretches. Chet Holmgren missed the bulk of the first half after he picked up his second foul near the 10-minute mark. But Julian Strawther (20 points), the sophomore from Las Vegas, excelled in front of friends and family members who were in the building to see him play. Rasir Bolton, the Iowa State transfer, had 15 points.

For Duke, Paolo Banchero wrestled with what appeared to be cramping issues that forced him to go back to the locker room in the second half and miss significant time. When he returned, he didn’t look like the same guy after scoring 20 points in the first half in one of the most dominant efforts I’ve seen from a freshman. Still, other players stepped up. Mark Williams’ length was a problem for Gonzaga. Drew Timme‘s bucket with about 30 seconds to play was perfectly defended by the young big. Wendell Moore Jr., helped Duke maintain an edge with Banchero unavailable. Jeremy Roach made some big plays down the stretch. More than anything, I think we learned that both teams have a couple of key co-stars this season. Neither team crumbled through adversity. That’s a good sign.

What did we learn about Paolo Banchero and Chet Holmgren on Friday night that we didn’t already know?

That cramping might be a thing for Banchero? I don’t actually think he’s going to be a chronic cramper in his basketball career, but this is the second big game for Duke so far this season and it’s the second game Banchero has needed to leave for an extended period of time in the second half. In terms of Banchero’s game, though, he had as impressive a first half as we’ll see from anyone in college basketball this season. He was aggressive offensively, looked comfortable from the perimeter, led the break with the ball in his hands — he was phenomenal. Twenty points on 8-for-13 shooting with three 3-pointers in the first 20 minutes.

Perhaps the only two areas of Banchero’s game that have raised question marks are consistency from 3-point range and whether he could be a little bit more decisive with his offensive moves. In the first half, he took 3s in rhythm and he had a couple catch-and-shoot attempts. And he also moved quickly once receiving the ball. The isolation sets from the elbow and mid-post areas are an effective piece of the repertoire, but he moved much more decisively against Gonzaga in the opening half.

As for Holmgren, I’m not sure he showed (or didn’t show) anything that we didn’t already know. He looked fluid with the ball in his hands, his 3-point release was fine even though he was 0-for-3 from behind the arc — and passed up a wide-open corner 3 late in the game — and he blocked shots. He had some early foul trouble, but was more disciplined in the second half and barely sat on the bench over the final 20 minutes. He showed some physicality and aggressiveness on the offensive glass and finishing around the rim. I think one thing to note was Mark Williams really impacted the game in the first half, and arguably overshadowed Holmgren. We know the areas of improvement with Holmgren, mainly his strength and body, and that didn’t change on Friday night.

Paolo Banchero steps into a 3-pointer and drains it.

Duke’s first month has included impressive victories over Kentucky and Gonzaga. Is there any reason this team can’t win a national title, and if so, what is it?

No reason at all. First, Duke showed it’s more than just Paolo Banchero against Gonzaga. After an incredible 20-point first half, cramps and perhaps an adjustment or two by the Bulldogs limited the potential 2022 No. 1 pick to a single free throw the rest of the way. Yet the Blue Devils were able to prevail anyway thanks to big games at both ends of the floor from Wendell Moore Jr., (20 points, six assists and four steals) and Mark Williams (17 points, five blocks and two steals).

Second, this group is different than some other Duke teams of the recent past. Mike Krzyzewski’s teams have been consistently excellent on offense for a very long time. That being said, what has tended to distinguish his national title contenders from the “mere” Elite Eight teams in Durham has been defense.

Holding Gonzaga to 81 points in a 79-possession game and especially harassing the Bulldogs into 17 turnovers most certainly qualifies as excellent defense. The Zags knew they were in for a long night early when they gave the ball away on their ultimate bread-and-butter play, an Andrew Nembhard pick-and-roll with Drew Timme setting the screen. Six Duke players recorded at least one steal against Gonzaga, and Williams is plainly one of the best rim defenders in the nation. That kind of D plus the scoring and explosiveness of Banchero definitely gives Coach K a shot at closing his career with his sixth national title.

Chet Holmgren follows his own miss with a bucket, forcing Duke to take a timeout.

What weaknesses in Gonzaga’s game did Duke expose on Friday?

Duke’s first-half performance could be the blueprint to slow down Gonzaga moving forward — although not everyone has a Paolo Banchero or Mark Williams up front. But there were some worrying signs. One, Duke beat Gonzaga in the transition game in the first 20 minutes. The Blue Devils got back defensively, eliminating the Zags getting easy baskets off of makes or misses, forcing them to play in the half-court. And then going the other way, Duke had success beating Gonzaga downcourt and the Zags made some mistakes in terms of getting back and getting set in a half-court defense.

Foul trouble was another major issue for Gonzaga, and that stemmed from Duke being aggressive going to the rim. Texas completely avoided the paint in the first half when it played Gonzaga, and UCLA had trouble finishing at the rim. That allowed Gonzaga’s perimeter defenders to be aggressive and disrupt opposition offense. But Duke has three physical drivers in Banchero, Trevor Keels and Wendell Moore Jr., and they went straight at Chet Holmgren and Drew Timme — and Mark Williams was a legitimate go-to post presence for the Blue Devils. Timme picking up his fourth foul on an ill-advised reach-in when Gonzaga was starting to pick up momentum in the second half changed the game.

Two other issues Gonzaga had offensively: 3-point shooting and turnovers. The Bulldogs aren’t a great outside shooting team, but they’re such an incredibly skilled passing team that they’re still able to keep defenses chasing shadows in the half-court. But when things slowed down and Gonzaga had to make shots, they didn’t fall. The Zags shot just 6-for-21 from 3. Andrew Nembhard has been arguably the best point guard in college basketball so far this season, but Duke was very aggressive in its ball-screen coverages against him, limiting the time he had to make decisions and find teammates. Nembhard controls the tempo as well as anyone in the country, but Duke forced him to speed up his decisions.

With all that said, I’m not overly concerned about Gonzaga moving forward. Duke is a legitimate national title contender, the Bulldogs struggled to make shots and there were major foul trouble issues. And it was still a one-possession game.

Andrew Nembhard gets out in transition and makes the pretty pass to Rasir Bolton for the layup.

Gonzaga was considered a firm overall No. 1 seed per ESPN’s latest Bracketology projection, and Duke was a No. 1 seed as well. What are the bracket implications of this result for both teams?

We saw a pair of No. 1 seeds in action when Duke knocked off Gonzaga, and both would be on the top line if Selection Sunday was today. The Blue Devils certainly solidified their position with the victory, and the Bulldogs — who entered the game as a comfortable No. 1 overall seed — don’t fall far enough to drop off the top line.

The more revealing question is this: How likely is each of these teams to be a No. 1 seed four months from now? And, even in defeat, the odds favor Gonzaga. The Bulldogs will be favored in every remaining game on their schedule. The same cannot be said for Duke, with another monster test coming Tuesday at Ohio State in the ACC/Big Ten Challenge. It is the only true road game for either the Zags or Blue Devils in non-league play.

Officially, our tourney odds chart gives Gonzaga roughly three chances in four to be a top seed and Duke a little better than a 50/50 chance. Unofficially, I have a hard time identifying three better teams in all of college basketball — and it would take at least three to knock both the Blue Devils and Zags from the top of the bracket.

Walmart Is Majorly Discounting This Fujifilm Instant Camera For Black Friday! Next post 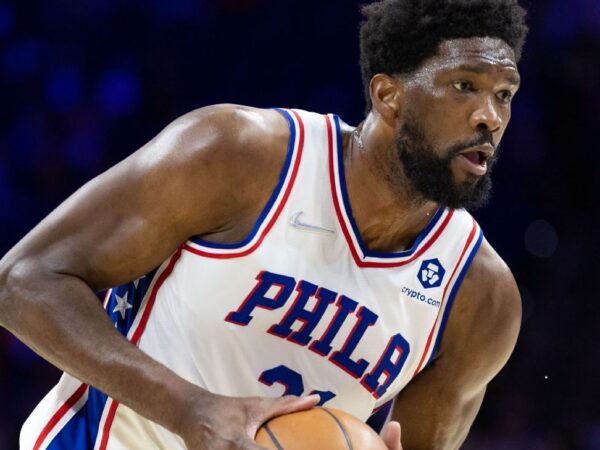 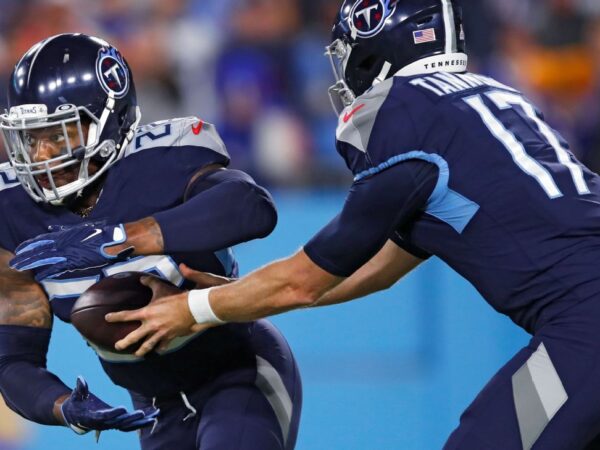 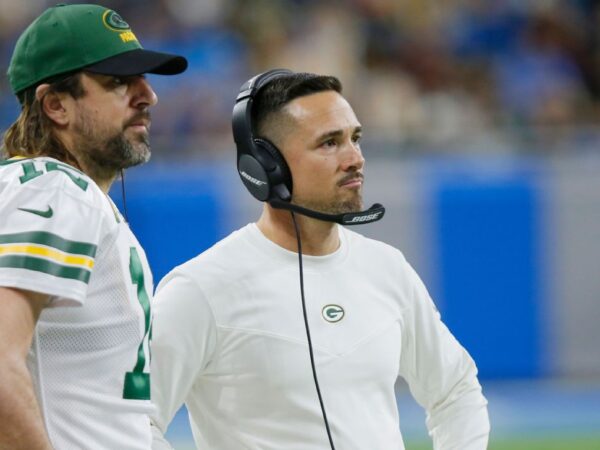 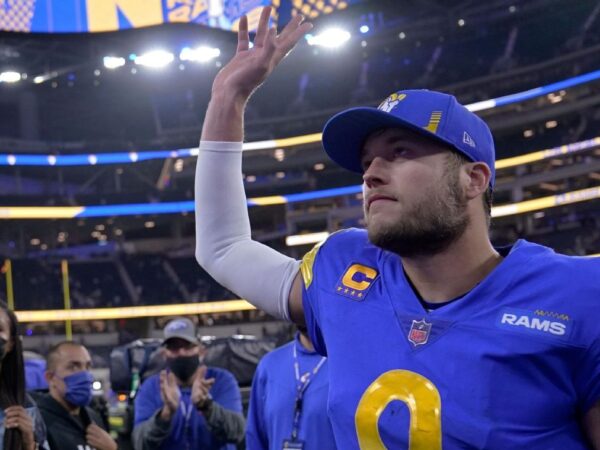 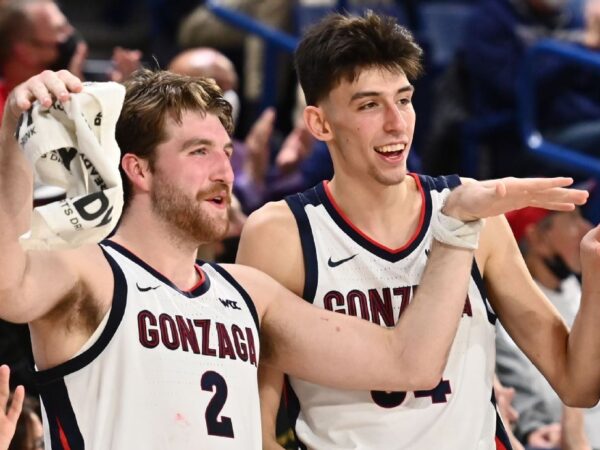 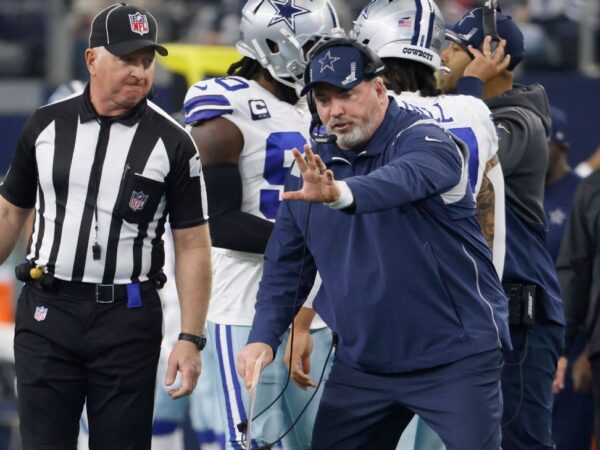