Home Sports If there were any questions about Justin Thomas, he answered them on Sunday at the PGA Championship
Sports 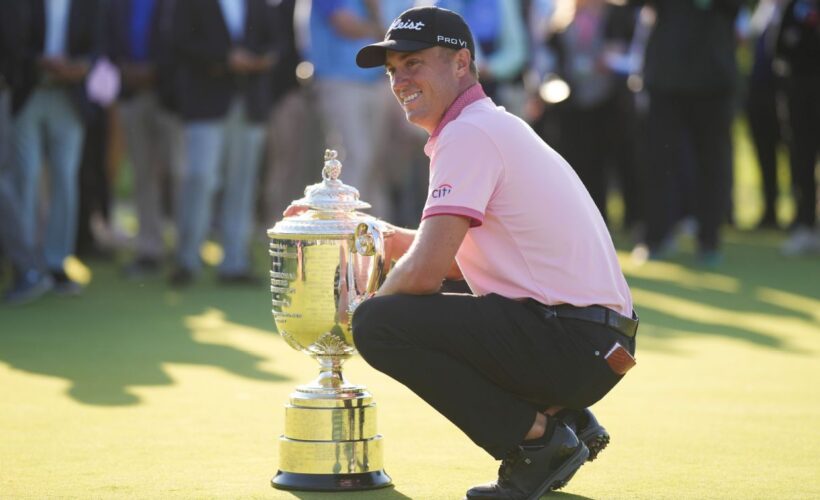 TULSA, Okla. — There are some distinct odors that float through the air on Sundays at major championships: cigar smoke, warm beer, mediocre barbecue and freshly cut grass among them. It can be an oddly comforting cocktail as a fan. But if you’re a player trying to win your first major, there is an aroma that is far more apparent.

It was everywhere on Sunday at the PGA Championship. You could sense it as players stood over the ball, fussing and fidgeting, begging their brains to slow down. Drives that had previously been pummeled were now soaring miles from their intended target. Irons that, for three days, sounded crisp and pure were now clanking into creeks, flaring weakly into bunkers. Confident putting strokes were suddenly shaky. It was not beautiful, brash golf from the top of the leaderboard. To a man, each seemed desperate just to hang on, trying to suppress the nerves.

All except, of course, for Justin Thomas.

Every movement Thomas made on Sunday looked purposeful and deliberate. He slowed down his walk. He drank water like a sloth. He took measured, deep breaths, closing his eyes after he and caddie Jim “Bones” Mackay picked lines off the tee, retreating over and over into a quiet state of Zen.

“I hate to use a cliché, but he was as cool as a cucumber out there,” Mackay said. “All day.”

When it was all over — after Thomas completed one of the greatest comebacks in the history of major championships — he crouched next to the green and pulled the bill of his hat down over his eyes. It looked like he was trying not to cry, his shoulders heaving up and down. He’d just shot 67 to force a playoff with Will Zalatoris, then made birdie on two of the three holes in an aggregate playoff to win his second major. Thomas’ father, Mike, put his arm around his son, but words did not seem adequate or necessary.

What is there to say, after all, when you’ve just authored the kind of moment you’ve always dreamed about? All you want to do is take some extra time to appreciate it. Thomas said later that he can only remember a handful of moments from his first major five years ago. It’s all a blur. He wasn’t going to let that happen this time.

“I was walking up 18 in the playoff, and I knew it wasn’t over, but I looked up and I wanted to take it in because you don’t know when and if it’s going to happen again,” Thomas said. “It’s such an unbelievable, cool feeling that you just want to enjoy it.”

Not everyone believed Thomas had this in him, particularly after a deflating third round 74 left him seven shots behind leader Mito Pereira. All someone in the top 5 had to do was shoot even par and the mountain would be too steep to climb. I was one of the foolhardy souls who not only believed Thomas as too far back, but I also wrote it down and saw it published. I suggested that Thomas and Rory McIlroy did not possess the cold-blooded ruthlessness of their mentor Tiger Woods, and that they had missed another chance to make an argument on behalf of their legacies.

Access 4,300-plus hours of live coverage from 35 PGA Tour tournaments each year, including four days of coverage at 28 events with four feeds each day. Plus, access replays, originals and more. Stream on ESPN+

If that early call goes down as one of the most dubious in golf history — the modern equivalent of the Atlanta Journal-Constitution writer who infamously suggested that Jack Nicklaus couldn’t win the 1986 Masters — I’ll happily own it forever. It’s a good reminder that athletes always have, and deserve, the final word. It’s not the critic who counts, as the famous Theodore Roosevelt quote frequently reminds us.

“I didn’t [see it], but hell of a call by them, whoever said it,” Thomas quipped when I tried to offer up a playful chance to rub it in my face.

Thomas did need a lot of things to fall his way to pull this off — at one point, he was eight shots back on Sunday — a reality he was happy to acknowledge.

“The leaders could have shot 3- or 4-under today, and like I could have grinded and made a couple more birdies and look at the leaderboard on 18 and I’m four or five back,” Thomas said. “I was just trying to birdie every hole I could. … I felt like I could do what I wanted to do, which is really all I could ask for. Again, I couldn’t control what anybody else was going to do.”

Thomas was borderline despondent when he went to the range on Saturday night. But he was determined not to leave the course until he’d flushed all the negative thoughts from his brain.

It was actually a pep talk by Mackay that brought him back into a better headspace.

“Bones had a great talk with him,” said Mike Thomas, a PGA teaching professional who serves as his son’s swing coach. “He said some things that I probably wanted to say, but as a father, if I’d have said them, he’d have been like ‘You’re stroking my ego.’ But when Bones said them, it hit home.”

Mackay, who was on the bag for five major championship wins with Phil Mickelson, deflected any credit for pulling Thomas out of a funk. He just reminded Thomas he played well enough to shoot 70 on Saturday, even if his score was four shots worse.

Mackay was quick to concede this win was as special as any in his career. He wasn’t interested in returning to caddying after he and Mickelson split, content working in television for NBC. But when he heard Thomas’ bag might be available, he told his wife he had to jump at the chance for one last ride.

“If I was ever going to caddie again, this was the time and, without question, this was the player,” Mackay said. “My wife will tell you, the person I said from the get-go that I would leave [TV] for if the opportunity arose was Justin Thomas. I really like him. I caddied for him before, but I think he has more shots than anybody on tour. In his arsenal, he’s got more shots than anyone I’ve seen. High, low, soft hands around the green. The guy is really, really good. I wanted to be around it.”

You could pick a dozen moments on Sunday when the tournament could have slipped away from Thomas. He made a sloppy bogey on the third hole and hit a shank off the tee on the sixth. He didn’t panic, however, even when he felt like the tournament might be slipping away.

“I just cold-shanked it,” Thomas said. “I don’t really know how else to say it. It was the best bogey I’ve ever made in my life, that’s for sure.”

Both trips down 18, in regulation and the playoff, Thomas said he’ll remember forever. After piping his drive in regulation down the middle, he flushed an 8-iron that landed just past the pin. He just missed a birdie putt that would have won the tournament outright. When he came to the hole in the playoff, the memory was fresh in his mind. There was zero doubt he could repeat it.

“It’s just awesome,” Thomas said. “I don’t know, really, how else to describe it other than that. I mean, that iron shot on 18 in regulation, like that’s why I play golf. That’s why I practice. All the hours and everything, and the time put in, you want to be in that scenario. You want to be in that situation. With the backdrop of the whole gallery up there, knowing that I’m in contention; I have a decent chance to win this tournament; probably one of the hardest, if not the hardest hole on the course. I hit a great drive down there, and to be able to just flag an 8-iron like that when I know in my head I needed to make birdie, it’s awesome. It’s hard to explain, but it’s a full-body-chills-type of feeling.”

I Never Thought I'd Say This, but My New Fave Pillowcase Is From Old Navy Next post 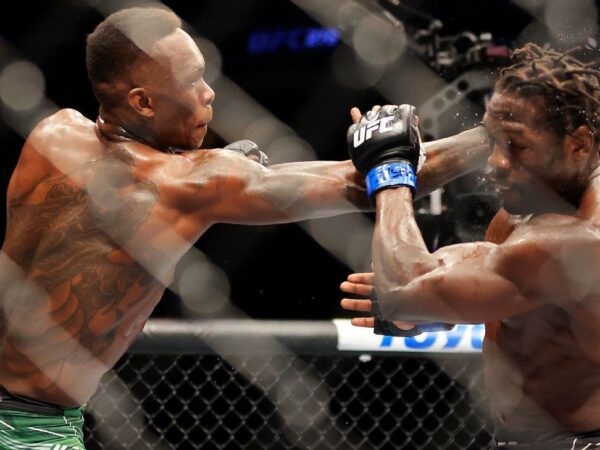 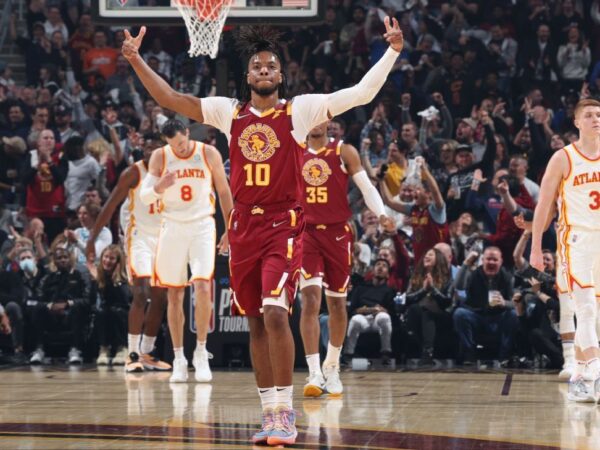 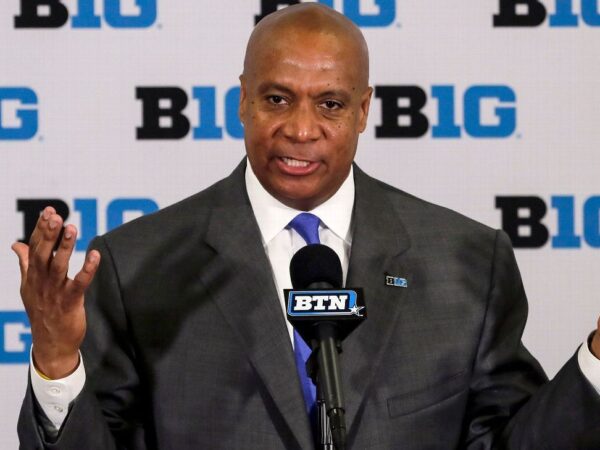 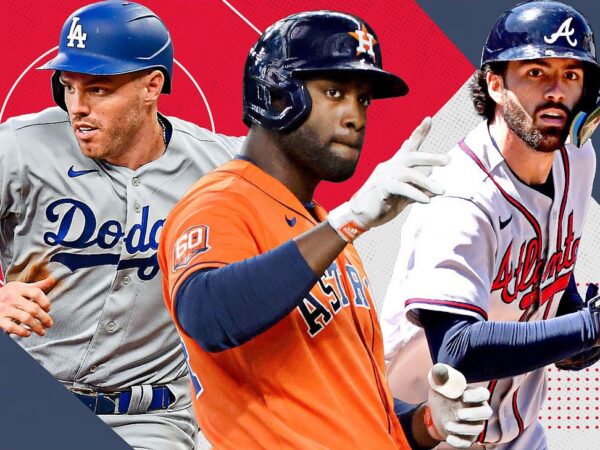 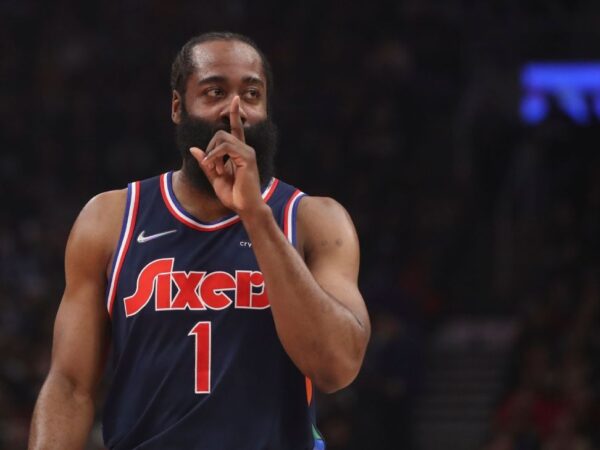 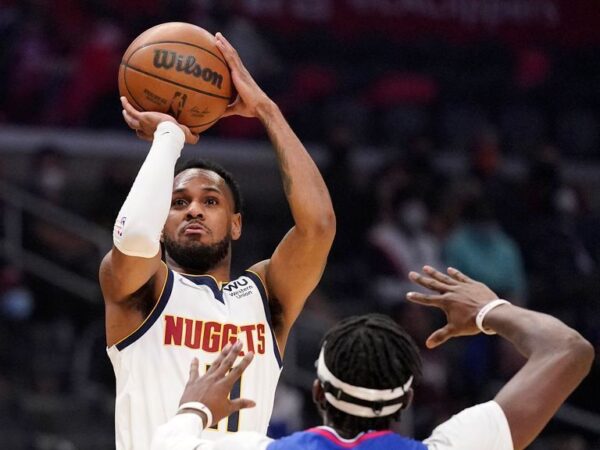