Midseason MVPs, grades and surprises for all 32 NFL teams 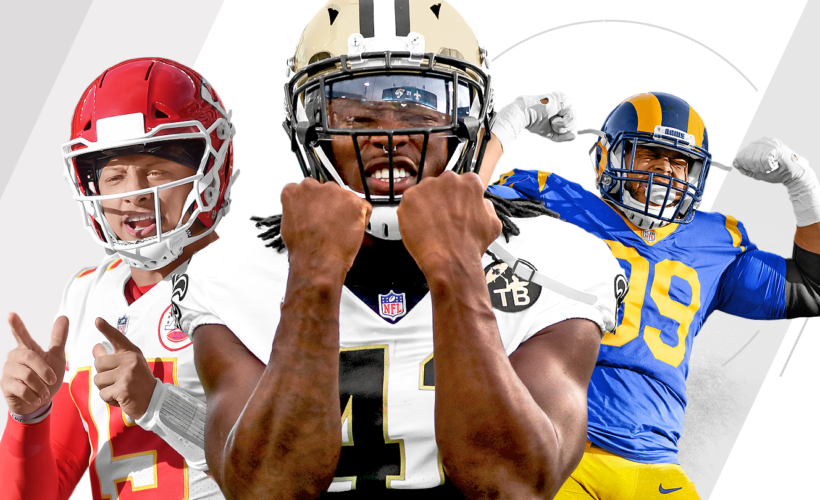 The Kansas City Chiefs, Los Angeles Rams and New Orleans Saints are in cruise control looking toward the playoffs at the halfway point of the NFL season. The Arizona Cardinals, Buffalo Bills, Cleveland Browns, New York Giants, Oakland Raiders and San Francisco 49ers, on the other hand, are playing out the string and looking toward 2019. How has the first half gone for your team? NFL Nation breaks it down:

Jump to a team:

The Chiefs’ only loss was on the road against the two-time defending AFC champion Patriots by a walk-off field goal. Otherwise, in their seven victories, the Chiefs have had leads of 19, 21, 28, 7, 23, 35 and 16 points, though their inability to always finish efficiently has forced them to sweat the end of some of those games. Read more.

The Rams are one of three one-loss teams in the NFL. Jared Goff has ascended the quarterback rankings and Todd Gurley is on pace to repeat as the NFL’s Offensive Player of the Year. Read more.

Is there a more battle-tested team in the NFL? New Orleans has won seven straight games in a variety of ways. Alvin Kamara and Michael Thomas have been two of the NFL’s best playmakers, and the offensive line is among the game’s best. Read more.

Quarterback Cam Newton adjusted smoothly to new coordinator Norv Turner’s offense and had the best first eight games of his career with 15 touchdown passes and only four interceptions. The defense is starting to play at a top-10 level, maybe top five. Read more.

We’re looking back at the first half of the NFL season, and looking ahead to the playoffs for some teams, and the offseason for others.

Chicago’s offense has been reborn under coach Matt Nagy. The acquisition of all-world pass-rusher Khalil Mack from the Raiders prior to Week 1 by Bears general manager Ryan Pace also has helped. The Bears just wrapped up their most enjoyable first half of the season since Lovie Smith’s final year in 2012. Read more.

The Bengals’ record is certainly better at this point than it has been the past two seasons, and the offense has made a marked improvement from 2017. But the defense has given up at least 480 yards in each of the past three games. That’s a big problem. Read more.

Houston dug itself into a hole with an 0-3 start, quickly falling into last place in the AFC South. But thanks to an improved offense and a much easier schedule, the Texans have gone from worst to first. Read more.

The Chargers have won five straight. Creating explosive plays on offense and figuring out how to generate pressure without the services of their best pass-rusher, Joey Bosa, have been the keys to their success during this stretch. Read more.

The NFL Live crew discusses Saquon Barkley’s stellar rookie season and if the Giants made the right choice choosing to draft a RB over a QB.

Quarterback Kirk Cousins has been quick to point out that stats, no matter how good they look on paper, don’t tell the whole story. Minnesota ranked top 10 in both total offense and defense during the first half of the season but experienced ups and downs along the way. Read more.

After a 1-2 start, the Patriots have won six in a row and are well-positioned to make their annual charge at what they hope will be a deep run into January. It was almost like watching two different teams between the first three games and the past six. Read more.

The Seahawks have been a different team since their 0-2 start, winning four of the past six with one of the two losses during that stretch coming by two points to the then-unbeaten Rams. They’ve done it by playing Pete Carroll football — running the ball, taking care of it on offense and taking it away on defense. Read more.

In all fairness, the Falcons’ first half could be viewed as “incomplete” based on how injuries set them back. Six starters were placed on injured reserve, including Pro Bowlers Devonta Freeman, Keanu Neal and Deion Jones. Read more.

It’s all about finishing for the third straight year. Just like 2016 and 2017, the Ravens started off strong this season, only to falter into mediocrity by midseason. Baltimore has failed to make the postseason because of its inability to win critical games at the end of the season. Read more.

Andrew Luck silenced any doubts about his surgically repaired right shoulder when he attempted 121 passes in a four-day span over Weeks 3 and 4. Frank Reich has made most people forget about the debacle of the Josh McDaniels coaching situation with an aggressive style. Read more.

It started well, with a 3-0 record behind a ball-hawking defense and an efficient Ryan Tannehill. A blowout loss at New England, followed by a collapse in Cincinnati, took the wind out of their sails, and then Tannehill was injured. Read more.

If 2017 was like gliding on ice, the first half of this season was more like trudging through mud. The offense, which welcomed back quarterback Carson Wentz from offseason knee surgery in Week 3, has exceeded the 24-point mark once after doing it a league-high 12 times last season on the way to Super Bowl title. Read more.

Despite suffering nerve damage in his throwing hand, quarterback Marcus Mariota showed glimpses of how well he can play in coordinator Matt LaFleur’s offense. Losing tight end Delanie Walker was a major blow to the passing game, but the Titans are still in contention thanks to the defense. Read more.

The Redskins figured out with a strong defense, running game and fewer turnovers, you can control games and win. They have a top-10 rusher in Adrian Peterson and a top-five defense, but a rash of injuries, especially on the offensive line, threatens their second-half outlook. Read more.

The Cowboys finished 8-8 in Jason Garrett’s first three seasons from 2011 to 2013 and look as if they are heading down that path once again. That is, unless Amari Cooper can make an immediate impact. Read more.

The Broncos’ decisions during free agency haven’t panned out, including the biggest addition: quarterback Case Keenum. He has not come close to playing like he did in leading the the Vikings to the NFC title game in 2017. Read more.

Detroit rebounded from the season-opening blowout loss to the Jets to beat the Patriots and Packers. A running game led by Kerryon Johnson has been a surprise. Detroit’s defense has struggled and the special teams have been worse than expected. Overall, things are a little worse than anticipated. Read more.

The NFL Live crew breaks down why Todd Gurley brings the Rams’ offense to another level and names him midseason Offensive Player of the Year.

Aaron Rodgers banged up his knee and expressed his unhappiness with the offense, all while the defense took longer than expected to adapt to new coordinator Mike Pettine’s scheme. Had they been able to hold on and knock off the Rams or upset the Patriots this past week, the perspective at this point might be much different. Read more.

Injuries have decimated the offense, quarterback Blake Bortles has struggled, the offense line hasn’t played well even when healthy and there are no consistent outside playmakers. Despite all that, the Jaguars are still alive in a jumbled AFC South, and the season is not lost. Read more.

The Jets have been impressive at times, scoring at least 34 points in each of their three wins. Other times, it has been ugly, as they failed to crack 17 points in any of their six losses. Such is life with a rookie quarterback. Read more.

Quarterback Jameis Winston, who sat out the first three games because of suspension, struggled in his return, throwing eight interceptions in three starts. It prompted coach Dirk Koetter to go back to Ryan Fitzpatrick, creating a whirlwind of speculation about Winston’s future, a future that is tied in with that of Koetter and general manager Jason Licht. Read more.

In short, Steve Wilks’ first season as a head coach has not started well and likely won’t get any better with Arizona’s schedule getting tougher. The Cardinals need to keep Josh Rosen healthy to help his progression as the quarterback of the future. Read more.

Josh Allen was forced into action before he was ready, and aside from a shocking, upset win over the Minnesota Vikings, the Bills have generally been in a tailspin all season. Health at the quarterback position, which has been put at risk because of the offensive line, is hampering development of other players and stunting the progress of Sean McDermott’s rebuild. Read more.

For the fifth time since 2010, the Browns need a head coach. The most important move they make will be to find a coach who can last, who can win, and who can develop a young quarterback in Baker Mayfield. Read more.

The Giants’ offense has been worse than even the wildest expectations. They can’t score points in a league when points are being scored at a record pace. The Giants have failed to top 20 points in five of eight games even with weapons such as Odell Beckham Jr., Saquon Barkley and Sterling Shepard. Read more.

The Raiders are in deconstruction mode after attempting to put together a competitive roster of older veterans and untested newbies in the offseason. They’ve traded away edge-rusher Khalil Mack and wider receiver Amari Cooper as they look to the future. Read more.

The hope for a quick turnaround and shot at playoff contention evaporated the moment quarterback Jimmy Garoppolo tore his ACL in Week 3. What’s left behind is a roster full of holes and lacking in big-time playmakers capable of finishing out close games with wins. Read more. 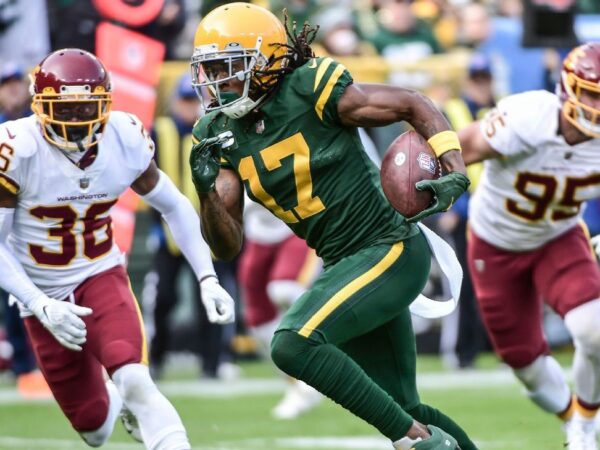 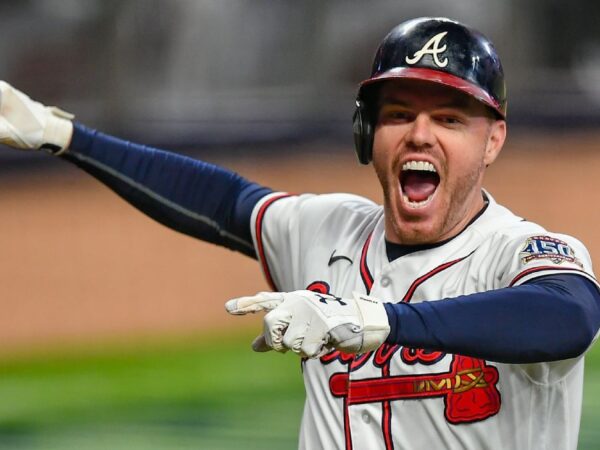 Everything you need to know about Astros-Braves World Series 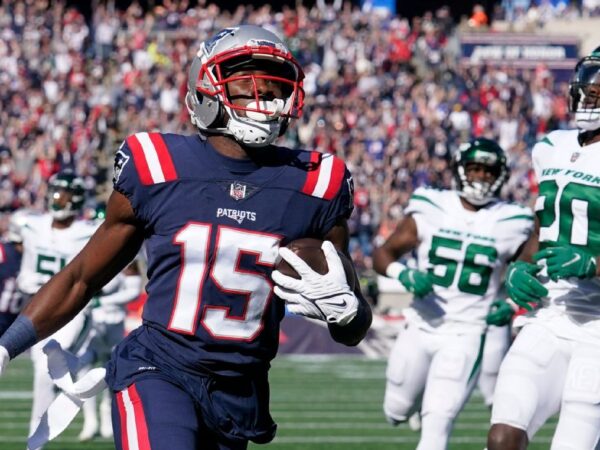 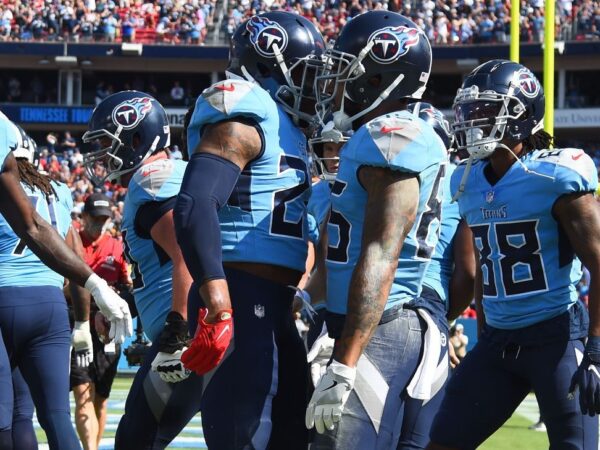 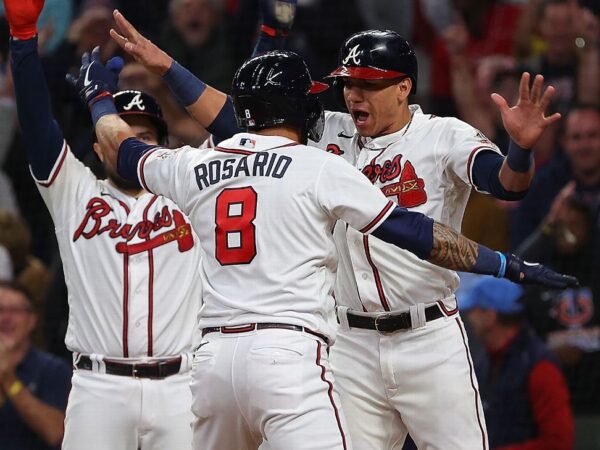 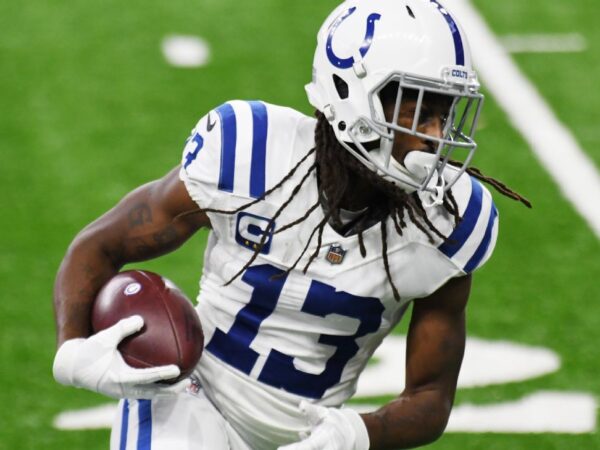 Colts rule out Hilton vs. 49ers; Nelson off IR