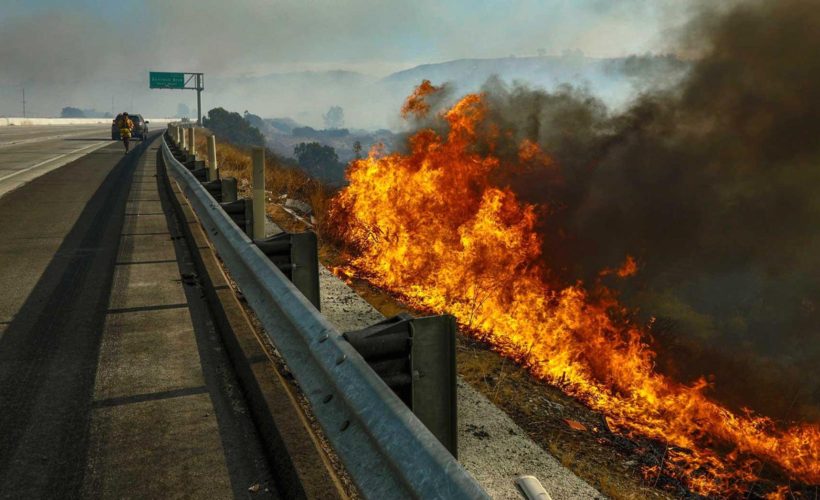 In a surprising twist, several airlines have decided NOT to charge passengers massive fees to change travel plans. I guess if you’ve been wondering what the hell it would take to avoid those pesky fees, the answer is a natural disaster. Due to the massive wildfires in Southern California Jet Blue Airways, Southwest Airlines, and Hawaiian Airlines have decided to allow passengers to change travel plans free of charge. How nice of them choosing not to capitalize on someone else’s misfortune. Thank you PR department!

According to Jet Blue passengers traveling to or from LAX, Hollywood Burbank Airport, or Long Beach Airport can adjust their flight dates without having to pay a penalty fee.

Reports from LAX officials said the fires haven’t interrupted flights, but traveling to the airport will take significantly longer. On Wednesday afternoon parts of the 405 interstate were closed. I hope you brought several books on tape, because you’re going to need them!

Searching For a Pool Float to Fit the Whole Family? This One Holds Up to 7 People!