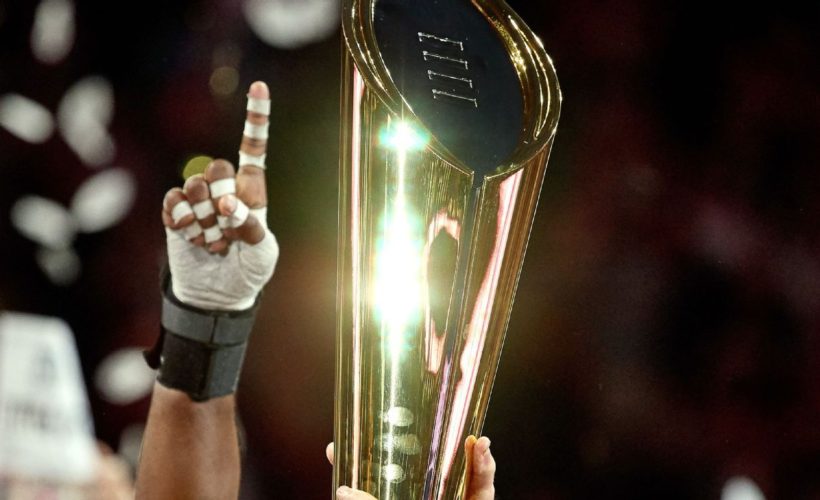 The Sooners, who won the Big 12 title Saturday, claimed the last spot in the College Football Playoff over Ohio State and Georgia, which lost to Alabama in the SEC championship game. Georgia had been No. 4 followed by Oklahoma and Ohio State.

The next three teams announced Sunday weren’t a big surprise. No. 1 Alabama, No. 2 Clemson and No. 3 Notre Dame held on to their spots for the semifinal games to be played Dec. 29. The national championship game will be played Jan. 7 in Santa Clara, California.

Selection committee chairman Rob Mullens said that the difference for Oklahoma was being a one-loss team that won a conference championship and avenged its only loss.

Alabama will play Oklahoma in the Orange Bowl, while Notre Dame faces Clemson in the Cotton Bowl.

Georgia finished No. 5, with Ohio State No. 6 in the final CFP rankings.

Kyler Murray had another Heisman Trophy-worthy performance, Oklahoma’s much-maligned defense made some big key plays and the Sooners beat No. 9 Texas 39-27 in the Big 12 championship game Saturday, avenging their only loss.

The Sooners (12-1) won their seventh consecutive game — and became the first Power 5 team to win four outright conference titles in a row since Florida in the SEC in the mid-1990s. Clemson matched them by winning its fourth ACC title in a row later Saturday with a win over Pittsburgh.

Georgia (11-2) entered the SEC title game at No. 4 in the CFP, but the Bulldogs again couldn’t get past Alabama.

Jalen Hurts came off the bench to rally the No. 1 Crimson Tide past the Bulldogs 35-28 to win the Southeastern Conference championship game. Hurts threw for one touchdown and ran for another with just over a minute to go, a stunning twist on the scenario that played out less than 11 months earlier on the very same field.

In last season’s national title game at Mercedes-Benz Stadium, between these same two teams, Tua Tagovailoa replaced an ineffective Hurts at the start of the second half with Alabama trailing Georgia 13-0. The replacement threw three touchdown passes, including a 41-yarder in overtime that gave the Tide a stunning 26-23 victory.

Tagovailoa won the starting job outright heading into this season and performed brilliantly before Saturday, throwing 36 touchdown passes with only two interceptions. But he was picked off twice and finally went down with an injury Saturday to open the door for Hurts.

Hurts calmly guided the Crimson Tide (13-0) to a game-tying touchdown with a 10-yard pass to Jerry Jeudy, capping a 16-play, 80-yard drive that consumed more than 7 minutes .

After Georgia was stuffed on a fake punt near midfield, Hurts took matters into his own hands for the winning score. Spotting an opening up the middle, he took off on a 15-yard TD run with 1:04 remaining.

The Crimson Tide is headed back to the College Football Playoff, looking for its second straight national title and the sixth of the last decade under Nick Saban.

Georgia’s only other loss this season was to then-No. 13 LSU, 36-16 on Oct. 13. Despite the loss, Georgia coach Kirby Smart said his team belonged in the playoff.

Like Oklahoma, Ohio State did its part Saturday to make the CFP, and quarterback Dwayne Haskins stated his case to win the Heisman Trophy. He threw five more touchdown passes, the defense of the No. 6 Buckeyes fended off a second half charge from No. 21 Northwestern and coach Urban Meyer put his hands on a third conference championship trophy in five years with a 45-24 win.

The Buckeyes have won five straight overall, piling up 107 points in the last two games — against two stingy defenses.

Haskins was lights-out again Saturday, finishing 34 of 41 with 499 yards and one interception and was an easy choice as the game’s MVP.

“You can’t be the best ever if you don’t do things that have never been done,” triumphant Clemson coach Dabo Swinney said after the game.

Clemson is expected to face third-ranked Notre Dame in the semifinals.

Notre Dame wrapped up its first undefeated regular season since 2012 with a win over rival USC Nov. 24. They sat out conference championship Saturday confident that they were in the playoff.

The Irish bolstered their case with a 36-3 rout of then No. 12 Syracuse at Yankee Stadium on Nov. 17.

Pitt coach Pat Narduzzi has faced Clemson and Notre Dame this season and said there is “no comparison” between the two teams.

“Clemson is the best football team we have faced this season and they will probably win a national championship, in my opinion,” Narduzzi said. “That’s a good football team from the front end to the back end.”

Swinney said if the Tigers wind up facing No. 1 Alabama in the College Football Playoff for the fourth straight year, he would consider it a rivalry.

“I think four would make it a rivalry,” Swinney said, whose team is 1-2 against the Crimson Tide the past three years. “And we need to beat them more, too. It ain’t much of a rivalry when you are losing, so we gotta win more.”

One team keeps winning but can’t get into the playoff. Despite playing without injured quarterback McKenzie Milton, UCF ran its winning streak to 25 games Saturday and, like last year, were left out.

The eighth-ranked Knights (12-0) posted a come-from-behind 56-41 victory over Memphis in the American Athletic Conference title game.

The Knights proclaimed themselves national champions last January after finishing as the only undefeated team in the FBS.

“Our football team has now won 25 straight games. They deserve to be in this playoff, and I hope that’s a decision that’s made (Sunday),” UCF athletic director Danny White said Saturday. “If that does not occur, I think that’s another pretty glaring example a four-team playoff is not adequate for the postseason.”

Information from The Associated Press was used in this report. 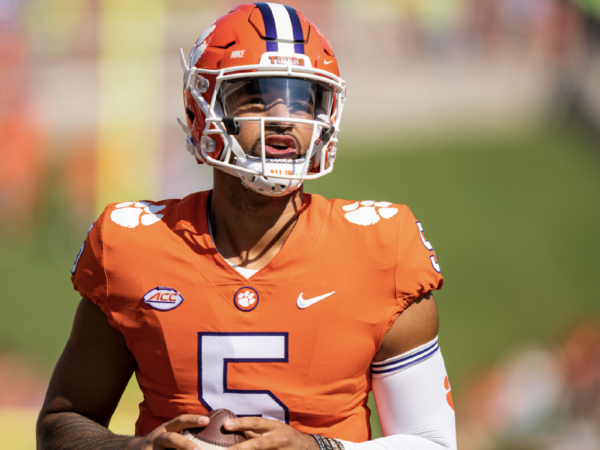 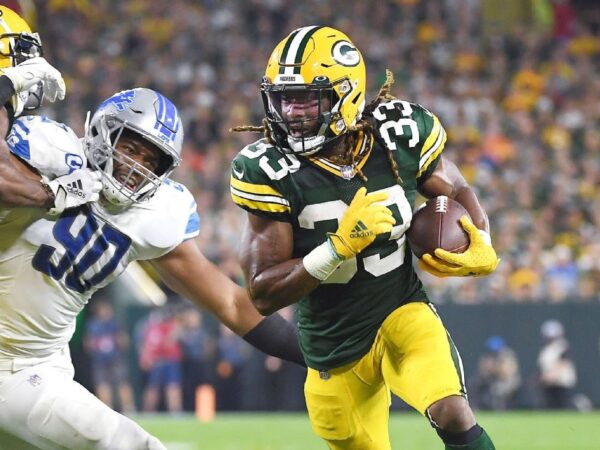 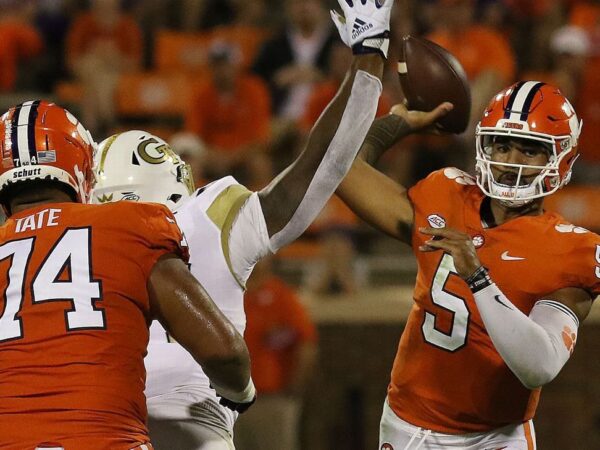 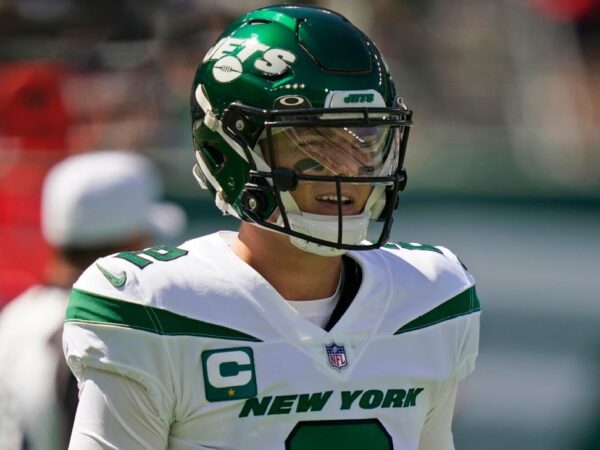 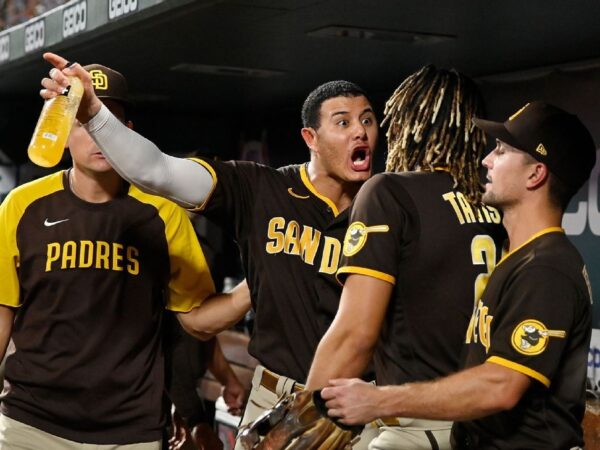 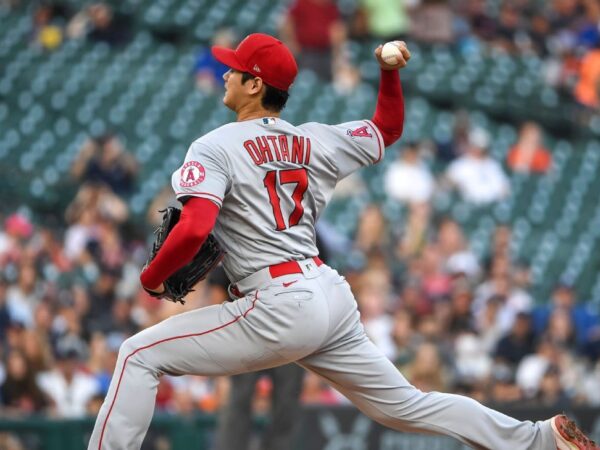