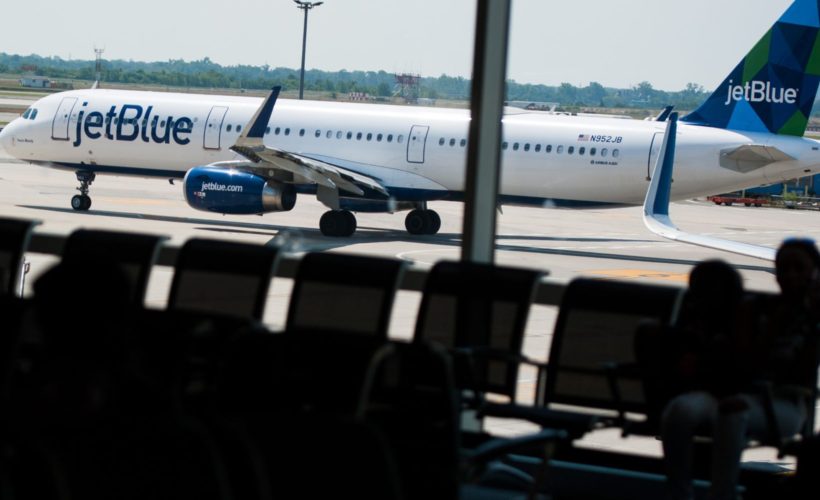 JetBlue Airways appears to be gearing up to announce plans for its first service across the Atlantic as soon as Wednesday, an expansion that the New York-based carrier views an an opportunity to undercut entrenched rivals with its cheaper business-class service.

Delta, American, United and their European partners who dominate trans-Atlantic air travel. More than three-quarters of trans-Atlantic capacity last year was operated by airline in the largest alliances between carriers, according to consulting firm ICF.

A key part of JetBlue’s strategy breaking open their hold on service Europe would be its popular Mint business class, which features lie-flat seats and some suites with sliding doors as well as premium meals.

“When we think about trans-Atlantic, we do think we can disrupt largely around a Mint-like product because we’ve been so successful on flying to the West Coast with Mint,” Joanna Geraghty, JetBlue’s president and COO said last September.

The trans-Atlantic market, “especially in the premium category, suffers from the same lack of competition and high fares that [transcontinental] routes in the U.S. saw before JetBlue introduced Mint,” JetBlue’s statement said Tuesday.

A long-range variant of the Airbus A321 plane would likely be used to help JetBlue fly across the Atlantic and the airline said it would make a decision on that plane this year.

Cheerios Just Released a New Blueberry Flavor For Spring, and, Heck Yes, It's Permanent! Next post