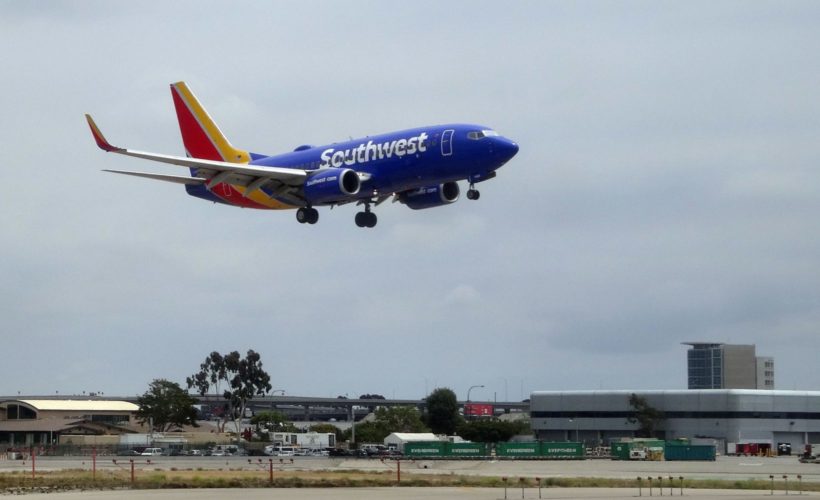 Southwest Airlines burst into the Hawaiian market on Monday with one-way fares from California as low as $49, less than a quarter of the price for the same route on competitors.

Hawaiian Holdings, parent of Hawaiian Airlines which serves the islands from the West Coast and offers service on similar routes between islands that Southwest has planned, were down more than 10 percent in early afternoon trading. Southwest shares were down 1.5 percent.

The flights between Oakland, Calif. and Honolulu, which went on sale on Monday, start on March 17 and already the promotional rates are selling out. Service from San Jose, California to Honolulu and Kahului will start in May, Southwest said.

The low-cost airline last week announced it had finally received the green light from the Federal Aviation Administration to operate its Boeing 737 jets on the long over-water routes where planes will be far from diversion airports. The new addition, is a big part of Southwest’s growth plan this year: It grow its flying 5 percent in 2019, and half of that will come from Hawaii, the airline said in January.

Southwest revealed it would start flying to Hawaii in October 2017, and aimed to start selling tickets last year 2018, but the partial government shutdown delayed those plans.

The low-cost airline’s debut in the Aloha State could drive down vacations to Hawaii. In markets where the airline has nonstop service, average one-way fares are $45 lower than in cities without those routes in what’s been dubbed the “Southwest Effect,” a University of Virginia study found.

The lowest fares are going quickly. While one-way fares start at $49 for the Oakland to Honolulu service, a flight search showed some fares in March on that route have already gone up to $99. In comparison, a nonstop on Hawaiian was $218 one way for a connecting flight on the same route on the same day and close to $275 for a nonstop flight.

Southwest plans to fly to the islands from four California cities: Oakland, San Diego, San Jose and Sacramento and fly to Honolulu, Kahului on Maui, Kona, and Lihue on Kauai. The airline will also offer flights between the islands on April starting April 28 with flights between Honolulu and Kahului on Maui, and between Honolulu and Kona on May 12, with fares starting at $29 each way.

The Final Season of 'Game of Thrones' Might Be Funny Previous post
Talenti's Gelato Layers Are Stacked With Mix-ins, So Grab a Spoon and Start Scooping Next post